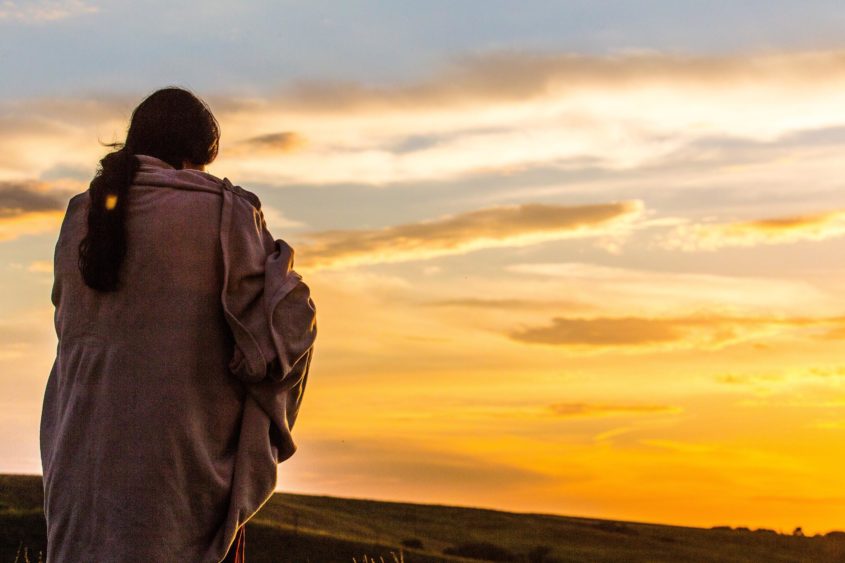 “Tonight was the first all women lead action to the front lines. I am honored to stand with my indigenous sisters and elders. We filled the bridge where Sundays atrocities took place. At first we were held back by the men who were afraid to let us go through. But they quickly saw the truth at hand. It was time for the women to lead and them to trust and protect it. DAPL allowed us to walk all the way to the barricade.

I was one of the few who was honored to be at the front in service with media and in deep prayer. We wept on the ground there, we offered the other side our unconditional love as women. Masses of women sat behind this in complete Silence with the men standing behind. The power of that silence allowed our ancestors to be fully present with us.

We were granted permission by the army corps to go down on the other side of the river and have a water ceremony. This was the first time the access had been peacefully granted and even supported by the officers. We all stood in our humanity today. The matriarchy is rising, not without its roadblocks, but we push on, like the river. We united as women today. I know I said the other day was the most powerful of my life, but then today happened. 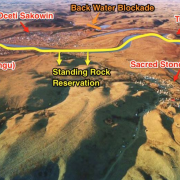 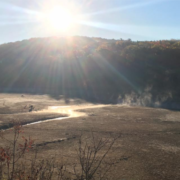