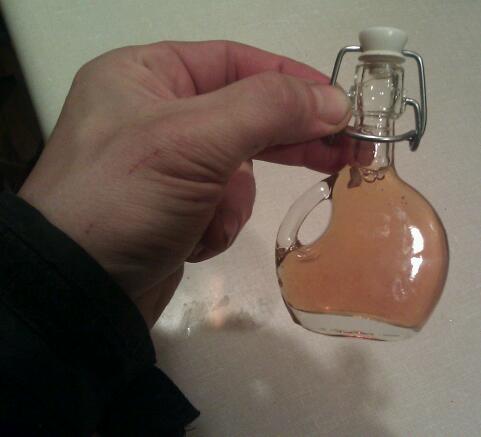 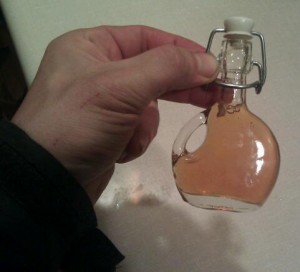 It’s that time of year again.  The breeze is moist, the cardinals singing, and the snow is like mash potatoes.  I love the seasonal ritual.  It’s a real rut-breaker.  It’s not based on the clock or date on my calender.  To catch the Maple Sap running up the tree, one has to pay attention.  That’s how you know it’s a keeper.  Like lots of nature connection routines that bring health and happiness, Maple Sugarin’ requires being awake, using my senses and a kind of longing.

It’s magic really.  Imagine drilling a tree with a 5/8″ drill and clear sap, like water, runs out the hole.  Of course the instinct is to lap it up.  I know, I do it every year.  Don’t spill a drop we say.  I’ve watched my daughter lick the drips off the bark of a Sugar Maple since she could walk.  Why ?  It’s ever so barely perceptively sweet.  And that’s enough to keep you coming back for more.

Of course it’s not like it use to be.  Back in the day the trees used to drip syrup.  The color was dark, the flavor rich, the body thick and the flavor very sweet.   It was so common that folks got used to it, and occasionally at first and then without exception, let it run all over the ground.  You know, cause it’s always there.  Like clean water, fresh air, abundant oceans, it’s pretty much a given.

Until one day, you won’t believe this, the Creator gets into a chat with Old Man Coyote about the situation.

Big C: “I’ve sent several signals, they don’t seem to get it” 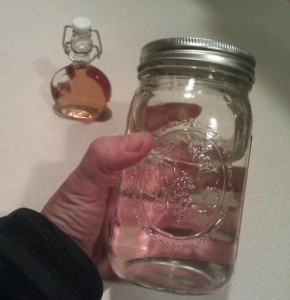 It takes 4 of these to make that lil' thing !

So Old Man Coyote grabs a bucket, pretty good sized one, dips it into the largest body of fresh water he can find and wouldn’t you know it pours it into every single tree !  He had a good old time with this mischief and saw how the people woke up to this dramatic change.  They were sad.  He was almost done when he decided to leave them a little something, he left one tree with a hint of sweetness in it.  Jussssst a hint, mind you.

And you know what ? To this day it takes 40 gallons of Sap to make one gallon of syrup.  That’s a fact.

That’s quite a bit of boilin, to get all that H2O out of there.  I know, I’m doing it 7 nights a week for weeks on end during the height of the season.  I don’t mind though.  Slows me down.  Pushes back the clock, the treadmill, the taking for granteds that build up.

I like to use that fire tending time to sit in silence, listen to the clacking of branches in the wind and the howl of coyotes in the air.  I also like to visit with friends.  While tending the fire, I’m tending my relationships.  It’s like a renewal of what’s important to me, a seasonal ritual of gratitude.

Every year I look forward to connecting with nature, myself and my relationships by tapping into the sweetness that flows through all things.  Well,  Sugar Maples, that is.

Extended Family Adoption and the Future Generations
Scroll to top