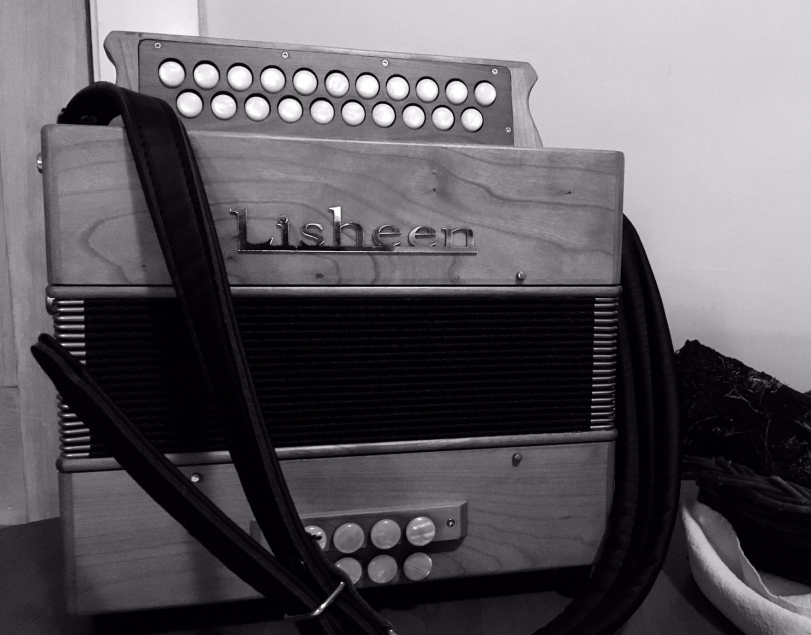 This is a three-part series about the epic ancestral music that runs through our bones.

The next morning it was music lessons time.

At the start of these things, you have to pick what instrument you are going to play. Being familiar with Maine Fiddle Camp, I knew that I could try fiddle or stand up bass or perhaps DADGAD guitar. Lucia chose fiddle. Which, btw, was a moment that was dreamed up literally 20 years ago, prior to her being born. I imagined, wouldn’t it be amazing to bring this ability back into our family line such that my daughter could learn a tune from a teacher in Ireland some day. She is way better than I ever was and will be.

But you know, I started falling in love with the accordion a couple years ago. I blame it on a Quebecois band I met at MFC one summer. The accordion player playing and tapping the rhythm with his feet and the driving sound of the band…mm, mm, mmmm. I can only describe it as ‘delicious’.

I rented an accordion this past Christmas but didn’t get too far with it without a local teacher. So I thought this could be a good moment to both learn from an accordion teacher and reconnect with ancestral Irish music in Ireland while pursuing this ancestral quest.

I’m a total zero beginner. I literally know nothing. Which puts me in the 8-year-old class who have been playing for several months to a year. Picture Will Ferrel sitting in a tiny desk chair with the other children. The teacher walks in and scans the group and is like “Who’s the awkward big kid?”. 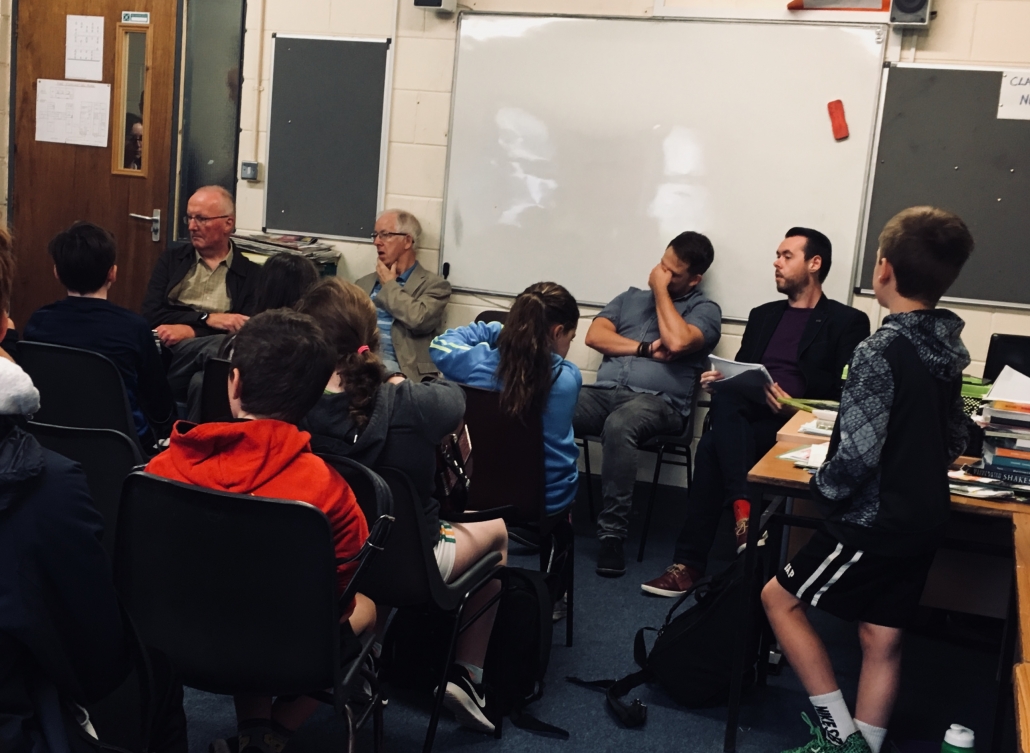 Listening to the teacher work with the children was a joy. It was like being home. His grace and humor and obvious mastery was circling around these beginning musical human beings. I looked him up later, Damien McGuinness is literally a champion of musical competitions. And here he was like a joyful committed big brother of Irish culture. The fact that he comes to these and gives his all to the next gen, even though he is a master at his instrument, really shows what this is all about. And that is exactly what Lucia and I have been experiencing in the trad music scene in our tiny little town of Brattleboro, Vt and at Maine Fiddle Camp. It’s the soul of the music you could say.

In that moment I saw one thread that was stitched all the way home. We have the music. It’s with us, around us, and not lost. And the dance and the community that goes with it. Learning by ear, playing late into the night making people dance and bounce in the kitchen is the original purpose of folk music. It shakes off the dust of a long day of work, and moves the grief that comes with living a life close to nature and close to the bone.

Even though I knew nothing and I was with 8-year-olds and with a master player who glanced at me and said, “uhhh, I’ll do my best to give you attention now and again”, I had a permanent smile on my face just being there.

All of this slipped into a mythic transcendent state when Damien introduced us to the tune we were going to learn that day. He began with the title of the tune: “The name of this first tune is “John will be Back”. He keenly kept the young children’s interest with a subtle cultural historical question, “and where do you suppose John went to?”. He cracked a quick joke to answer his own serious question ” I don’t know where he’s been but apparently he will be back soon”.  (Which is SO normal, to detour the conversation with a crack of a joke, in Ireland, that again, like the music I felt extremely at home).

The children laughed and he brought them back to the question, “so where do you think John went?”. And they guessed this town and that city and the other odd place, and Damien responded with one word, “America.”. “During the time of the famine, millions of people left Ireland and went to America. Okay, the song starts on D…listen.”.

I was stunned. John will be back. They wrote a tune for John, the John Carroll’s and Margaret Ryan’s who had to leave their home, homes like Roscommon and Leitrim, to leave their families so as not to burden them with another mouth to feed, and risk the passage to an unknown world, most likely never to be seen again. “John will be Back”.

Well, apparently that has come true.

I knew in that moment that I needed to learn this tune, and I needed to bring it back to my family and tell them the story. The story of relatives, the family of distant ancestors, continuing to play a tune played by candlelight, written during a time of immense loss and grief, giving hope to one side of the family tree, while the other left, and left behind love, loss, music and memory, forgetting but not forgotten.

I bought an accordion the next day, made by a local so that I could learn this tune and play it at my ancestor feast this coming November.

I still haven’t found a local teacher, but I’ve practiced this tune steadily since I’ve been back, here I am playing it for you tonight:

Thank you for reading and listening. Sharing your thoughts and feelings below encourages me to keep writing and developing.

John will be Back: Part One Amnesia
Scroll to top