Last year my family attended Art of Mentoring and it was a very transformative experience.  One of the most touching moments was the ceremony that was held to send off and receive the teens on their 3 day trip to the ocean and back.  There was something extremely touching about it that hit a chord in my family.  There was an acknowledgement that the current culture does not appreciate teens or help kids in general move through the stages of life in a good way.  Having this community of strangers(at the time) gather around these teens and to be part of this ceremony was incredibly moving.  It planted a seed in us because we wanted to make sure our kids and kids in our community experienced this sense of community and map of where they are in life. 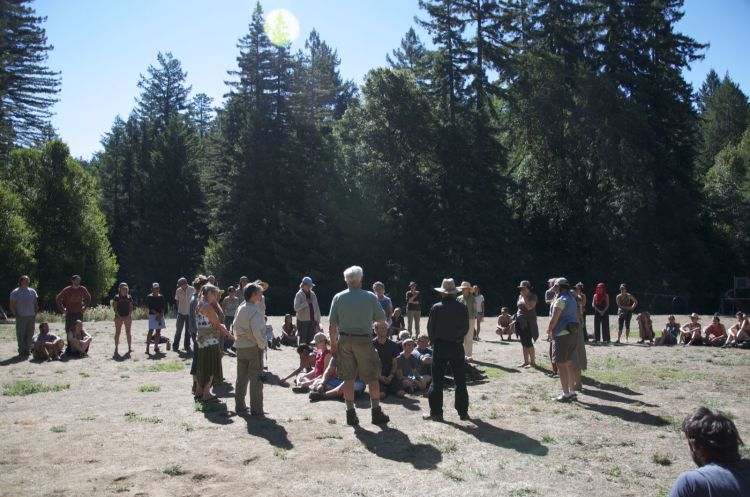 I got to know Mark Morey during the conference and we discussed some international work that he is doing and some of my interest in bringing some of the AoM work to El Salvador.   I signed up for his mailing list and was made aware of his work with the Rite of Competence.  This really resonated with me.  I grew up in small village in El Salvador and although there was no ceremony for this age this was the age were the young boys started being taken out to the fields to do work (gathering wood, fishing, planting, etc) or the young girls started to be sent to get springs to get water, help with cooking, etc.  This gave these young children a sense of responsibility that they didn’t have before.  Often times they were sent to an elder auntie/uncles house to help out with physical chores and along the way mentoring happened.  My dear Tia Doris always talks about how she would walk a mile down some slippery mud trails to get water with the clay water pitcher that my grandmother helped her make.  A few years ago I had the honor of walking with her down the same path and I was amazed at her grace and balance (this time with plastic water bottle). 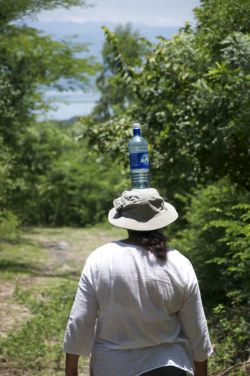 We started thinking about our daughter who was about to turn 9 and decided to incorporate water into her ceremony. We’ve been following the watershed at home (we live below a beautiful mountain) and had found a spring.  We decided to make her responsible for the spring maintenance and we did some work to clear it so that the local cows wouldn’t poop in it.  It was very satisfying and very hard work.  She had to carry 20lbs of rocks on her back had to dig out the eye of the spring but she took such pride that she was considered old enough to help in meaningful work.

We also decided that it was a good time to acknowledge her current mentors and asked 3 of them if they would be interested in participating in a ceremony with us.  We asked that they each take our daughter on hiking trips.  She found these so special.  It’s so rare these days that an adult (besides the parent) take a few hours to hang out with a young child.  There were so many good things that came out of this mentoring time.

We began to build a story around the ceremony.  There is an ancient Lenca creation story that we decide to use for as a basis of the ceremony but the summary is that humans were given traits from 6 different animals.

We thought it would be really nice and symbolic if we all gave her something for her quest up the mountain to get to the spring.  Each person added a personal reflection and observation/story about Liliana and then gave her the symbolic gift. 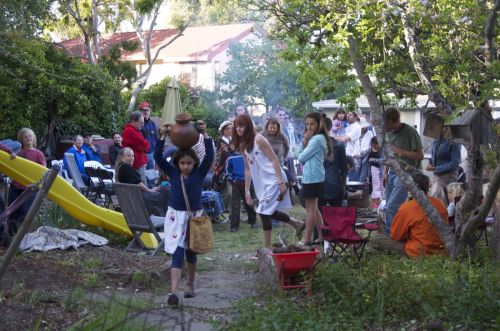 Ideally humans are born which each of these six animal spirits. Typically people are strong in two of the six, and these combinations make up the personality types. If a child is too strong in one, the parents and elders will take actions to diminish it. And if a child is weak in one area, parents and elders plan activities that will strengthen that animal, including contact with the actual animal.

The ceremony turned out great (see some pictures below) and she really seemed to be ready and eager for it.  You can see her leaving the family and community on her quest to get water, wood and food for the village.  I’d highly recommend something similar for children between the ages of 7-9. 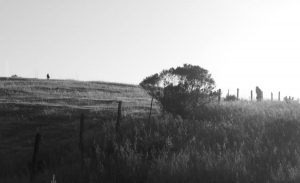 It was a big step for us to be admitting that she needs mentors outside of our family enclave and admitting she’s going through a passage from that young child to older child threshold.  We’re very protective of her and it’s not easy working through this transition. This ceremony is not only for the child but also for the parents to help them through this process and to lay the groundwork for the most difficult transition into adolescence. If you notice the picture above my wife walked her to a fence and stayed behind as our daughter went up the hill on her own.  This was symbolic of allowing her more freedom.  Up at the spring one of her mentors was waiting to help her fill the water jug.  It was hard as a parent to have to wait for her to come down and not go up and help her.  She was successful on her quest and carried the heavy water jug down the hill, she found some firewood and some edible plants.  We sang when she returned and began a feast.

Thanks you  for inspiring us. 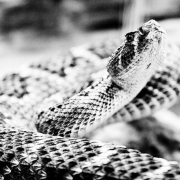 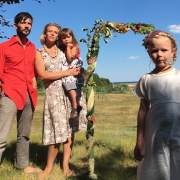 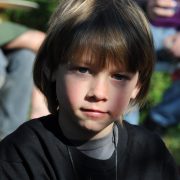